Berry’s location in the Northwest quarter of Dane County marks the furthest extent of the glacial advance during the last Ice Age, accounting for the Town’s distinctive and diverse topography. The Southern and Western portions have steeply sloping hills and bluffs typical of “driftless” areas of the state.

Here is a historical account for the Town Of Berry.

The Northeastern third is marked by ground moraines, Indian Lake, and other glacial remnants. The lands encompassing the Township of Berry were originally part of the Sauk and Fox Indian Nations. Surveyed in the 1830’s and settled by English, German, and other immigrant groups seeking agricultural lands, the Town was organized on April 2, 1850 with 24 votes being recorded at its first formal meeting. During the late 1800’s, Marxville (formerly Halfway Prairie) served as the town’s commercial center, boasting a store, several blacksmith shops and other establishments. Marxville is believed to be named after a German immigrant, Johann Marx, who, although not the area’s first settler, was one of the largest landowners. The name is said to have been decided when the resourceful Mr. Marx showed up at the settlers’ feast with a barrel of beer.

Three “Civil War” trees still stand at the junction of Highway 19 and Old Settlers Road, the only survivors of the 38 fir trees planted in 1861 by the Women’s Club of Berry as men joined the Union Army and went off to fight in the Civil War. Unfortunately, many of the trees surrendered to construction of Highway 19.

Nearby, Sunning Hill, the first “established” burial ground in the Town of Berry, is the final resting place of many of the original settlers. Nine Civil War veterans are buried in the cemetery, along with a Civil War nurse, Annie Roberts Taylor, who died in 1870. For much of its history, the Town of Berry remained primarily an agricultural community. Agriculture remains the primary land use in the township to this day.

More information can be found when you click on the image

More information can be found when you click on the image

Following are a number of articles on Berry history from our Monthly Newsletter:

In our December 2006 newsletter, we described the first peoples who lived in the area surrounding Berry. These “First Americans” or American Indians populated the area for thousands of years. Their existence and history were not documented in a Euro-American sense until the French and English began to move into the area in the early 18th century.

The ability to travel across Lake Erie brought explorers into Canada, and from Canada fur traders, missionaries, and explorers entered the land now called Wisconsin. They made their way following Indian trails – paths made as Indians tracked deer and other animals or made their way to streams or rivers for the sustenance water provided. The trails also offered evidence of the Indians moving to different grounds because of changes in the environment. Tribes included the Ho Chunk, Sauk (Sac), and Fox. One Indian trail in what is now Berry was along where Highway 19 is now, west to the valley.

The French and English were more interested in acquiring furs than land. The United States, however, was very interested in expanding territories westward to accommodate an expanding population. The Northwest Ordinances of 1764, 1785, and 1787 established procedures for settlement and called for decent treatment of the American Indians. Unfortunately, in Wisconsin as well as other territories, this ordinance marked the end of the preservation of land for the Indian nations and the fur trade. Expansion took precedence.

In 1804, the government forced the Sauk and Fox tribes led by Black Hawk to cede land
claims in Southern Wisconsin and Northern Illinois. The conflict between the tribes and Euro- American settlers culminated in what is known as the battle of Wisconsin Heights also referred to as the Black Hawk War.

Following this battle, the tribes fled westward, finally reaching the mouth of the Bad Axe River and the Mississippi River. The defeated tribal chief, Black Hawk is noted to have said, “The whites were not satisfied until they took our village and our grave-yards from us, and removed us across the Mississippi.” The gravesites were of utmost importance to the tribes, as they wanted to be where their families were buried.

On the afternoon of August 1, 1832, the steamboat Warrior arrived with U.S. troops. Although the tribes attempted to surrender miscommunication resulted in the troops opening fire, leaving twenty-three tribesmen dead.
– Linda Leetch January 2007 Newsletter

The Opening of a Territory for Settlement

Keep in mind that the removal of the Indian tribes was critical to the settlement of the white man in Wisconsin. The earliest permanent Euro-American settlement in Dane County was in 1829 when Ebenezer Brigham settled in what is today known as Blue Mounds. One of the first visitors to “Brigham’s Place” was James Duane Doty who wanted to develop the land but needed to wait until the Native American tribes who occupied the area were “rendered harmless.” It was the defeat of Black Hawk that signaled the area was safe for settlement. But, it wasn’t only the removal of the tribes that spurred white peoples to move in to the area that would become Dane County, it was the means of getting to Wisconsin that opened the “gates” so to speak.

The Creation of Dane County

Not only did the opening of the Erie Canal provide a method of getting to Wisconsin, an economic calamity of 1837 spurred individuals to seek opportunities provided by the fertile land in southern Wisconsin. By this time, the Wisconsin Territory had been separated from the Michigan Territory. On December 7, 1836, The Wisconsin Territorial Legislature passed as an act creating Dane County and named Madison it’s capital.

As word spread about the rich farmlands in the county, population grew. The emigrants came from Ireland, Norway, Germany, France, and England, fleeing hardships and some being lured by land agent’s promotional literature. With the growth of population, unincorporated hamlets were formed as the first established communities associated with initial settlement. These hamlets lacked internal street patterns and had no business core. Typical functional units included residences, farm outbuildings, a school, a church, blacksmith shop or garage, and a tavern. Most residents were farmers and their families.

The Town of Berry is Born

The area that encompasses what is now the Town of Berry was once considered a part of Madison and later, with Black Earth formed the town of Farmersville. Finally, in 1850 it became a separate town. A strip of land east and west in the northern portion of the town is called Half-Way Prairie because it is half way between Sauk City and Cross Plains, and was known for having some of the best land in the town. In its earliest days it was known as “Poverty Hollow” although whether this is a descriptive term is not known. Settlers tended to make their home together with others of their ethnic group or place of origin. Immigrants from England were known to settle in Mazomanie and Berry largely as a result of being sponsored by the British Emigration Temperance Society who purchased land to be turned in to farms.

Why We Go the Way We Go

Many modern roads, cut from cliffs and plowed through fields follow a logical north-south or east-west pattern. Others seem to wind around in a random fashion. For some you can thank our native wildlife that laid tracks while foraging for food and water, or American Indians who followed the same tracks, widening them with their foot traffic.
Then came the settlers, needing to travel for supplies or to transport goods (such as furs and food) and messages to markets where various hamlets were being established. The trails were widened for ox carts and wagons to pass. By 1829, miners blazed several meandering wagon roads through southern Wisconsin to haul lead to the Mississippi and Milwaukee for shipment to eastern markets.

The federal government had a major impact by establishing a network of military roads to transport supplies and mail between forts established for frontier defense. On September 1, 1832, the U.S. Army appointed James Duane Doty as a commissioner to help lay out Wisconsin’s first major road, the military road. One such military road crossed Iowa County, northeast through Dane County from Blue Mounds through to Columbia County and Poynette and on to Green Bay. This military road crossed what is now Highway 19. The completed road, crude by today’s standards, was used primarily during the winter months when frozen conditions allowed for easier travel. Other months, the road was passable only during dry spells. Moisture would cause the surface to be slick and rainfall would submerge portions of the road. Trees were blazed along the trail to guide the traveler but on the prairie it was more difficult to follow the trail. Next: the Legislature gives the responsibility to local authorities.

The Wisconsin Historical Society includes reference to the creation of territorial roads under the authority of the Wisconsin Territorial Legislature. The Legislature required that no Territorial funds would be used to for laying out, surveying, opening, or construction of territorial roads. It fell to the individual towns or local and private support to fund the roads. Many of the roads constructed during this period branched off the existing military roads.

Following statehood in 1848, roads authorized by the Legislature were designated “State Roads.” Commissioners appointed by the Legislature were authorized to adopt any part of the previously established roads as part of the newly designated state road system. State Roads were established in the less-populated southwest and western portions of the state. Between 1848 and 1891, the Legislature enacted 560 separate laws pertaining to the chartering and opening of “State Roads.” Responsibility and costs for road care were still the responsibility of local units of government – and remained that way until the early 20th century.

Ghosts of Christmas Past in Wisconsin

The Yankee descendants of the Puritans who arrived in Wisconsin in the early 1800s tried to replace French customs with English ones. They took a different tack: they observed Christmas, but didn’t celebrate it (or much of anything else, perhaps). Other early Christmases in Wisconsin included ritual overeating, just as today’s does.

German immigrants brought the custom of decorating a Christmas tree. A German ship captain, Herman Schuenemann, became affectionately known as “Captain Santa” because for many years he brought Christmas trees from northern Wisconsin to Chicago. His voyage of 1912 was to be his last, however. Fully loaded with 10,000 trees, his ship, the Rouse Simmons, encountered a brutal winter storm and disappeared without a trace; in 1971, its remains were discovered off the coast of Two Rivers.

By then, many holiday customs were well established. Schools held special parties. Describing a 1891 festivity in the kindergarten at Gilbert, in Lincoln County, the headmaster wrote “Christmas is always a happy time for the children. During December they were busy preparing little presents for papa and mamma, thus learning the lesson of giving. They were delighted when they saw the tree, and their own work on it, and their eyes shone bright as Christmas stars at the sight of the dolls and boats and drums. A bountiful lunch had been provided, to which they did ample justice.”

In Madison about the same time, a social service called the Attic Angels issued a fund-raising cookbook that included Christmas recipes. With the success of modern department stores at the end of the century, Christmas shopping became an established annual event.

It was all downhill from there. By the 1920s the obligatory office Christmas party had become part of the tradition. From an essay in “Odd Wisconsin Archive.” posted in Curiosities December 18, 2005. 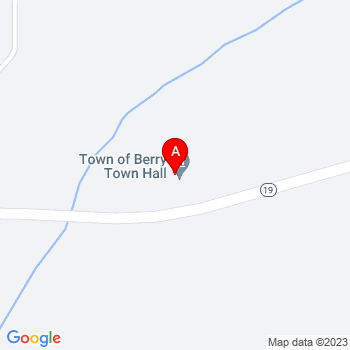